SUBSCRIBE NOW
Cozy up in the Reid Cabaret Theatre for an “unforgettable” evening with holiday favorites from Nat King and Natalie Cole. This father-daughter duo separately recorded over 100 songs that became hits on the pop charts. Celebrate with us as we unveil the newly renovated Reid Cabaret with favorites including “Unforgettable,” “When I Fall in Love,” “Mona Lisa” and, of course, “The Christmas Song.” This show is suitable for most audiences.
Join us for Unchain My Heart: The Music of Ray Charles. Often called the “Genius,” Ray Charles pioneered the genre of soul music during the 1950s, combining blues, gospel, R&B, rock, country music and jazz to create groundbreaking hits such as “Unchain My Heart,” “I’ve Got a Woman” and “What I’d Say.” This show is suitable for most audiences.
“Smart, silly, and convulsively funny.” – The New York Times. “The next best thing to seeing Hamilton!” – Barbara Hoffman, New York Post. SPAMILTON! A brilliant musical parody that tells the fictitious story of a very famous writer/director/star trying to save Broadway from mediocrity and oblivion. Along the way, this sharp and lovable genius not only takes aim at Broadway’s current mega-hit, but manages to make hysterical minced meat out of many classic and new Broadway shows. From the comic mastermind behind the long-running hit Forbidden Broadway, Gerard Alessandrini, your night is guaranteed to be filled with fun and mayhem, no matter your age! This show is appropriate for most audiences.
The Reid Cabaret Theatre heads back to the ages of hippies and disco, as we groove our way through the One Hit Wonders of the 60s and 70s. The original artists of these songs may have had dreams of fame beyond a three minute track, but these songs have stuck with us for decades. Hear your favorites such as “Kung Fu Fighting,” “Spirit in the Sky,” "Ride Captain Ride," “Afternoon Delight,” and many more! This show is suitable for most audiences. 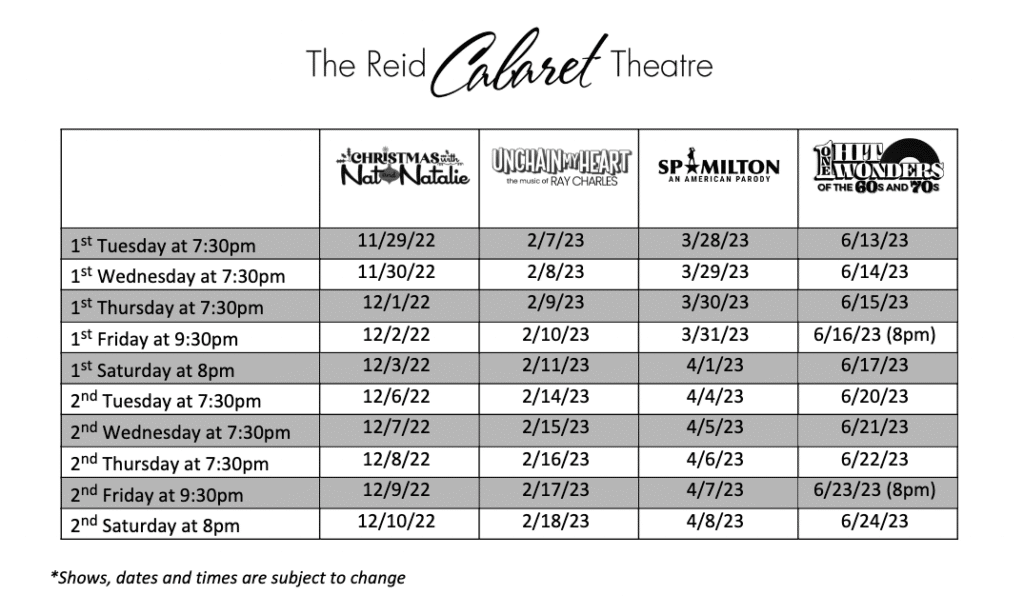 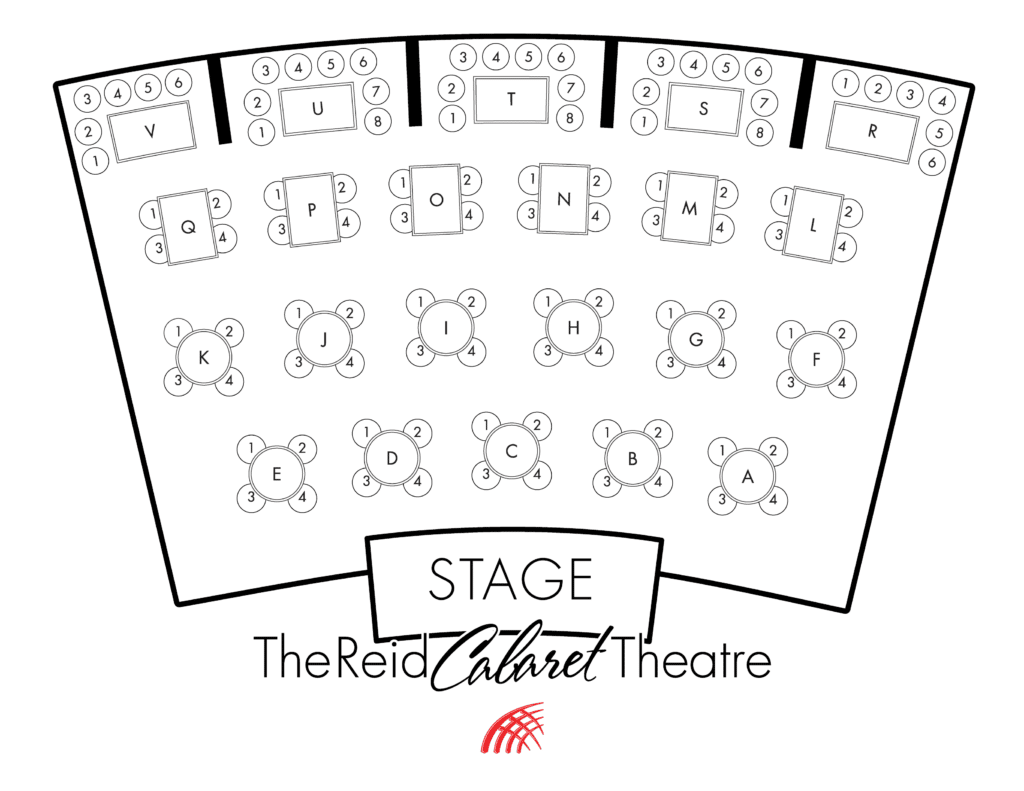